← back to
Ropeadope
Get fresh music recommendations delivered to your inbox every Friday.

A bandeira do bruxo (The Sorcerer's Flag) 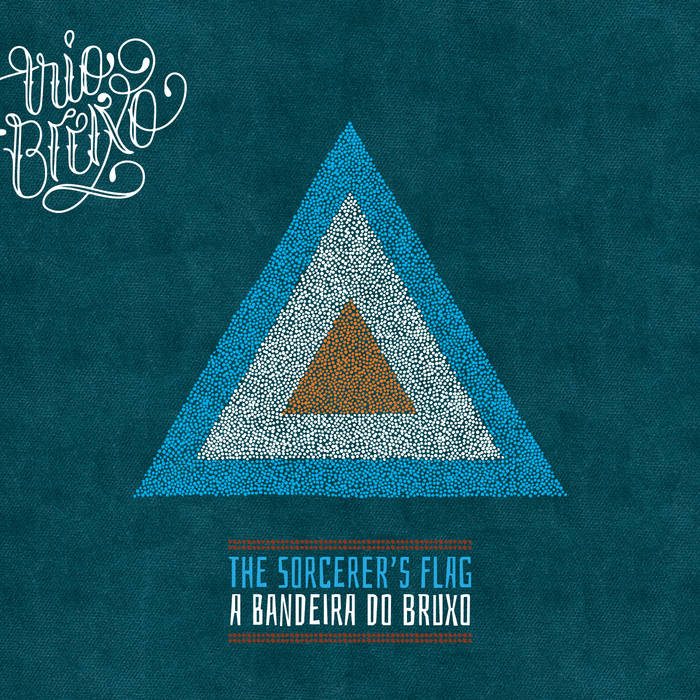 Founded by three of Montreal’s most in-demand musicians, Trio Bruxo is inspired by the Brazilian “samba-jazz” piano trios of the 1960s and 1970s. Beginning their career by exploring the diversity of the Brazilian songbook, these new compositions by pianist David Ryshpan are inspired by Brazilian multi-instrumentalists and composers Hermeto Pascoal and Egberto Gismonti. As David recalls, “I named the group Trio Bruxo after reading an article on Hermeto, who is often referred to as a bruxo or sorcerer. His mystical presence truly imbues him with the magical aura of a wizard.” Taking the same folkloric roots that run deep through the music of Pascoal and Gismonti – specifically maracatú de baque virado from Recife, and forró from the greater Northeastern region – Ryshpan reconfigured these traditions with his extensive jazz training, an interest in classical compositional techniques, and mentorship from drummers Scott Kettner and John Hollenbeck.

Having met as McGill University students in the mid-2000s, Ryshpan, bassist Nicolas Bédard and drummer Mark Nelson have spent the past decade forging their own careers as active bandleaders and freelancers. Bédard won the Rimouski Jazz Festival Grand Prize in 2012, and is a member of the award-winning Emie R Roussel Trio. He also teaches in Rimouski and Quebec City. Nelson has appeared on the drum throne with artists as varied as Elizabeth Shepherd, Parc-X Trio and Cordâme, in addition to leading his own band, Sympathetic Frequencies. He is a frequent collaborator with Ryshpan, appearing in the song cycle Alicuanta.

The album is bookended by a set of variations on “Cheguei, meu povo,” the anthem of Maracatú Nação Estrela Brilhante de Recife. “The initial catalyst of this project was to understand what made these traditional songs work on a melodic level,” Ryshpan says. Trombonist and composer Jean- Nicolas Trottier urged Ryshpan to use theme and variations as a process of discovery and research. The final “Electric Variation” was the result of extra studio time and complicity with his fellow bruxos. The maracatú influences are equally present in the title track, with a nod to the flag iconography in many toadas (call-and-response chants) and the one-man percussion section of special guest Sacha Daoud.

Ryshpan composed the majority of this repertoire during a tumultuous time in Brazilian politics: the final months of the Temer presidency, in the shadow of the assassination of Marielle Franco and Anderson Pedro Gomes, and the election of Jair Bolsonaro in 2018. He was especially affected by the murder of Mestre Moa do Katendê. “I have friends who went to Salvador and studied capoeira under Mestre Moa,” Ryshpan recalls. “It hit close to home. The testimonials from Caetano Veloso and Gilberto Gil, artists I deeply admire, moved me to understand Moa’s role in Bahian culture more profoundly.” The two parts of “Moa Vive” interpolate fragments of Moa’s song “Escola viva” (as heard on the album Angoleiro, sim sinhô).

Peter Hum of the Ottawa Citizen remarked, “I don’t know of another Canadian piano trio that sounds quite like this.” The Sorcerer’s Flag marks the start of another chapter for Trio Bruxo, continuing their pursuit and promotion of creative Brazilian music.

Bandcamp Daily  your guide to the world of Bandcamp